The first continent we are looking at is Antarctica.  In order to get a good grasp of Antarctica, though, we decided to combine the two poles into one study, with more emphasis on Antarctica.  We spent six weeks on this study!

Week 1
The first week was spent comparing and contrasting the two areas, in general terms.  We spent everyday reviewing the continents and oceans.  We then would look at the day's activities.  We discussed how Antarctica is a large piece of land at the south pole, whereas the north pole is water with parts of land from different continents.  We also discussed the cold temperatures due to being so far from the equator and therefore the heat of the sun.  The globe came in handy for this!!!  We read a few books, including The Top and Bottom of the World, Ice is Nice!, On the Same Day in March, Polar Bears and Penguins, and The Best Book of Polar Animals.  We completed three experiments, including how long it takes things to freeze, melting ice experiment, and a blubber experiment. 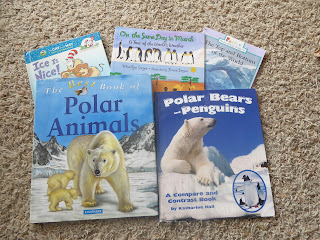 For the "How Long Does It Take" experiment, we compared the freezing time of water, an egg, and milk.  Each of the three littles gave their hypothesis.  None of them thought the egg would freeze.  Two thought the water would freeze first, and one thought the milk would freeze first.  I explained to the children that in order to be a fair experiment, we needed to try to keep everything the same, other than the liquid used.  This meant using 1/4 cup of milk and water (one large egg is equivalent to that much) and the same type of bowls need to be used for each.  The one thing I did not do, however, was scramble the egg, which I should have done!  Ironically, the kids didn't care if they were right or wrong - they were just amazed that an egg freezes! 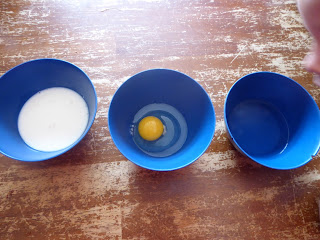 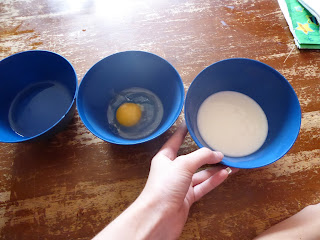 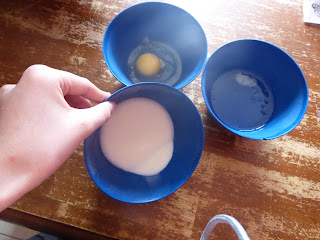 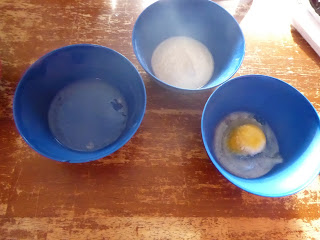 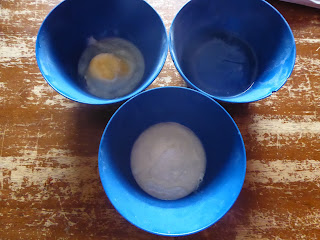 For the "Melting Ice" experiment, we compared how long it took ice to melt.  The children again stated their hypothesis.  All the kids thought the ice cube with water would melt first.  We put ice cubes in four different containers.  On the first ice cube we put 1/4 cup of water.  On the second one we put 1/4 C sugar, the third 1/4 C salt, and on the fourth, nothing.  I told the children that this last one was our "control" and what we would be comparing everything.  Every fifteen to thirty minutes we checked on our ice cubes... 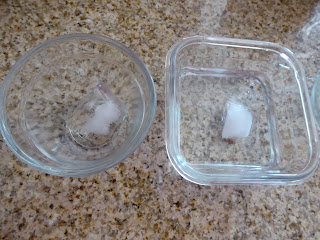 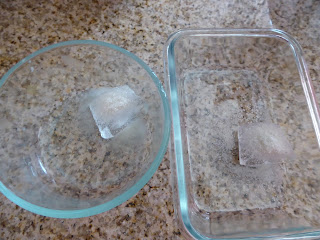 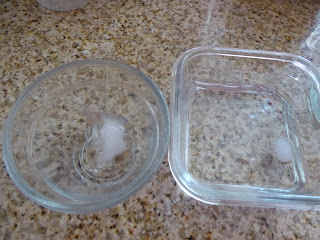 For the blubber experiment, we were seeing how it was that blubber helped insulate the animals living in that region.  We used vegetable shortening, tallow, and pork lard, as well as nothing as our control.  The children put on a rubber glove and put their hands in a large bowl of ice water.  They quickly took it out.  I then had them put on an additional plastic glove that had one of the fats and tried that in the freezing water.  They then put on a new clean glove and the next fat filled glove and tried that one in the freezing water, and then repeated for the final fat.  They felt the pork lard kept their hands the warmest.  We then talked about how God created the animals in the pole regions with lots of blubber (fat) to keep them warm.

Overall, it was a fun week of introduction to the poles!