Throughout this year, we have studied various countries in Europe.  Our first look was actually on four countries - all making up the United Kingdom.

Since we were just starting Europe, we decided to start by reviewing the 7 continents.  Once we refreshed our memories regarding the seven continents, we looked at the five oceans.  It is always difficult for me to remember the five oceans, as there were only four when I went through school, so this served as a great refresher for myself as well!

Then we started looking at the United Kingdom as a whole.  The United Kingdom consists of Northern Ireland and Great Britain - which is actually Wales, Scotland, and England.  The kiddos found this a little confusing, as it really is four distinct countries, three of which make a separate region, and then the four making up the United Kingdom.  Hmmmm wonder if that was confusing in itself :)

For curriculum purposes, we intertwined information and activities from Amanda Bennett's unit study, My Father's World curriculum, Expedition Earth from www.confessionsofahomeschooler.com, and so many other websites!  We looked at some of the animals from the various countries, some of the popular locations and much more.  We spent at least a week to two on each of the four countries.

England:
My kiddos were super excited to hear we were going to have a tea party with English Breakfast Tea, as we studied England.  We also looked into Queen Victoria, Buckingham Palace, Westminster Palace, Stonehenge, Big Ben, and the White Cliffs of Dover.  We made paper models of Big Ben, and had fun making quilling paper designs.  For food, we enjoyed shepherd's pie and scones with some more tea :)  We also completed a 3-D puzzle of the London Bridge Tower. 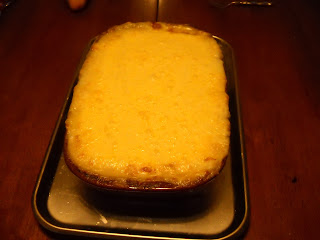 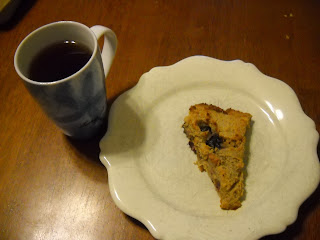 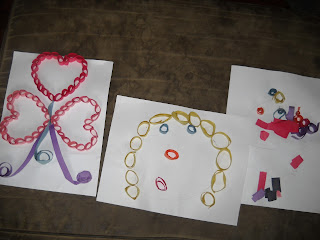 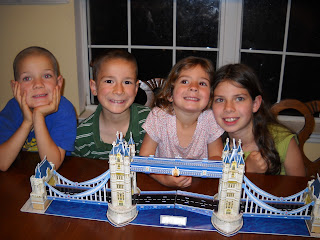 Scotland:
We started our Scotland journey looking at the Legend of Nessie!  The kiddos had a lot of fun drawing what they think Nessie might look like :)  We also did some studying on King Arthur, Hadarian's Wall, and Edinburgh Castle.  Probably the most fun, however, was listening to youtube videos of bagpipes and watching celtic dancing.

Wales:
Wales was a little more laid back.  We checked out the landscape in the area, especially Gower Peninsula and Cardigan Bay.  We also looked into Caerphilly Castle and Dolaucothi Gold Mines.

Northern Ireland:
For Northern Ireland, we looked into Giant's Causeway, Belfast Cathedral, Carrickfergus Castle, and Carrick-a-Rede Rope Bridge.  Perhaps the most fascinating part, however, was studying the Titantic, which was originally built there.  We even made another 3-D puzzle -this time of the Titantic.  There is still a little confusion with some of the kiddos regarding this catastrophe, however - some will tell you that the Titantic "wrecked into a huge ice cube and sank, killing lots of people."  We figure that is pretty close to accurate, and way too cute to correct at this point ;)
Posted by Unknown at 8:39 AM